With hundreds of recordings to his credit, Sean Barrett has become one of the UK’s leading voice actors after an acting career which began as a child actor and continued through adult hood on state, film and TV. His exceptional talent has seen him read books as varied as Dickens (Martin Chuzzlewit, Barnaby Rudge, Bleak House), Samuel Beckett, Cormac McCarthy and numerous others for Naxos Audiobooks, as well as scores of Scandinavian crime including the works of Jo Nesbö.

Sam Dastor was born in India but was educated at Cambridge and RADA. His career began with the National Theatre under Sir Laurence Olivier, continued with numerous stage, TV and film appearances to the present day. He has made over 1000 recordings for BBC Radio and read many nearly 100 audiobooks, including Hall’s Vish Puri and Keating’s classic Inspector Ghote series.

William Hope, the Canadian-born actor, has spent much of his life in the UK following his training at RADA. Though most widely known for his role in Aliens (as Lt Gorman) he has a depth of experience in film (The Lady, The Whistleblower) and TV (Spooks made many others), on stage and the voice studio. He has recorded more than 100 radio plays for the BBC, and numerous audiobooks, including some of the finest American classics such as The Great Gatsby and Thoreau’s Walden. A practising Buddhist for many years, he has recorded The Life of Milarepa and Buddhism Plain and Simple for Dharma Audiobooks.

Neville Jason trained at RADA where he was awarded the diction prize by Sir John Gielgud. His first appearance in the theatre was in Peter Brook’s production of Titus Andronicus starring Laurence Olivier and Vivien Leigh. He is a former member of the Old Vic Company, the English Stage Company, the Royal Shakespeare Company and the Birmingham Repertory Company. He was three times a member of the BBC Radio Drama Company. Latterly he has become an important voice reading the classics, with The Remembrance of Things Past (unabridged), War and Peace (unabridged) The Once and Future King (unabridged) among his numerous recordings for Naxos AudioBooks and others. He has also directed audio drama, including Hamlet with Anton Lesser in the title role.

Jinananda (Duncan Steen) was born in Bedford in 1952 and was ordained into the Triratna Buddhist Order in 1986. He is the author of Meditating: A Buddhist View and Warrior of Peace: The Life of the Buddha (Windhorse Publications) and The Middle Way: The Story of Buddhism, and Karma and Rebirth in a Nutshell (Naxos Audio Books) and has edited for publication the lectures and a number of seminars of his teacher Sangharakshita.

Jonathan Keeble’s theatre work includes leading roles at Manchester’s Royal Exchange, Coventry, Liverpool, Exeter, Lancaster and West Yorkshire Playhouse. TV includes People Like Us, The Two of Us and Deptford Graffiti. Jonathan has featured in over 250 radio plays for the BBC and was a member of the Radio Drama Company. One of the UK’s leading audiobook readers covering a wide range of fiction and non-fiction, he has read, The General Theory of Employment, Interest, and Money, Jason and the Golden Fleece, The Golden Ass for Ukemi Audiobooks; and Gautama Buddha for Dharma Audiobooks.

Vicki Mackenzie (born 1947), an author and journalist, was born in England and spent much of her early life in Australia. The daughter of a naval officer, she graduated from Queensland University and became a reporter at the Sun newspaper in Sydney.

Since taking a month-long meditation course in Nepal in 1976, her primary interest has been to make the profundity of Buddhist philosophy accessible to the general public.[2] Her books on Buddhism and reincarnation include:
• Reincarnation: The Boy Lama
• Reborn in the West: The Reincarnation Masters
• A Young Man of The Lama: A Tale Of Drugs, Hot Sex, and Violence in The Fall Of Tibet
• Cave in the Snow: A Western Woman’s Quest for Enlightenment, 1999, ISBN 1-58234-045-5
• Why Buddhism?: Westerners in Search of Wisdom
Child of Tibet (Co-authored with Soname Yangchen).

Nicolette McKenzie was born in New Zealand but established herself in London appearing in classical theatre. She continues to be in great demand reading audiobooks with over 80 titles to her credit covering a wide range of genres and is a prolific voice artist in the world of cartoons, video games and voice-over. Magic & Mystery in Tibet was a particular challenge because of the numerous Tibetan references. She also reads the chapter on the women disciples on Great Disciples of the Buddha.

Hayward Morse began his career as a child actor with work in a number of Canadian Broadcasting Corporation. He made his U.S. television debut in 1959 with Ingrid Bergman in the critically acclaimed and premiere NBC color production of Startime: The Turn of the Screw (1959). At the age of 16 he was accepted on a scholarship to the prestigious Royal Academy of Dramatic Art (RADA) in London and worked extensively in British regional theatre until making his West End debut in the original production of ‘Joe Orton”s “What The Butler Saw” with Sir Ralph Richardson. Since then he has appeared in many stage, television, radio, and film productions in Britain and abroad. He received a Best Supporting Actor ‘Tony’ award nomination for his performance in ‘Simon Gray”s “Butley” on Broadway, was in the first version of “The Rocky Horror Show”, and has appeared in many of Shakespeare’s plays internationally. Hayward has performed hundreds of audio books recordings, including the works of Jackie Collins and Arthur C. Clarke‘s “Rendezvous With Rama”. 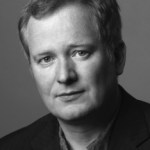 Leighton Pugh is fast becoming a widely-admired figure in the UK’s audiobook world. wth a very wide range of subjects. He recorded the Pepys Diaries unabridged for Naxos AudioBooks (116 hours!), 5000-1The Leicester City Story, Scarpia by Piers Paul Reid ; and for Dharma Audiobooks, The Life of the Buddha and for Ukemi Audiobooks The Sorrows of Young Werther.

Michael Lunts has been combining music, both popular and classical, with his passion for drama for just about as long as he can remember, working in regional and West End theatre as both actor and Musical Director. He has created a series of one-man classical shows, performed all over the world, on the lives of composers such as Chopin, Rachmaninov and Schubert. Michael is a Buddhist with the ordained name of Ratnadhya.

Sagar Arya is an actor and voice-over artist from India. His television credits include Endeavour, Rillington Place, Cucumber, Lewis, A Touch of Frost, Hunted, Spooks, Casualty and Holby City. He appeared as Claudio in RSC’s Much Ado About Nothing, as well as Twelfth Night (West End), The Great Game (Tricycle) and A Fine Balance (Hampstead). He has also recorded a number of audiobooks including An Era of Darkness, The Sialkot Saga, Annihilation of Caste (Dharma Audiobooks) and Upanishads (Ukemi Audiobooks).

Sangharakshita is a unique figure in the Buddhist world. For 20 years he lived in India, where he was ordained and studied with a range of Buddhist teachers. He became inspired by all major aspects of Buddhism, and has since written and lectured prolifically both in the West and the East. In the light of modern scholarship and his own spiritual experience, he has brought out and emphasised the core teachings that underlie and unify the Buddhist tradition as a whole. In founding the Friends of the Western Buddhist Order (now known as the Triratna Buddhist Community) in 1967, he sought to clarify the essentials and outline ways of practice that are spiritually alive and relevant to the 21st century. He has written numerous books on Buddhism and Dharma, and his talks and seminars are widely available in various forms. He is one of the leading Buddhist figures in the 20th/21st centuries.

Georgina Sutton is a busy actress based in London, with leading roles in Shakespeare, Ibsen, Wilde, Coward, and many others. Recently she has established a reputation for her acute but sympathetic audiobook readings of classics such as Vanity Fair, Adam Bede and The Virgin and the Gypsy for Naxos AudioBooks, and titles for Penguin.

Taradasa has been an ordained member of Triratna Buddhist Order, and teacher, for many years. He has managed Padmaloka, the retreat centre in Norfolk and is now manager of the Cambridge Buddhist Centre. Previously, as Tom Morgan, he played a key role in British contemporary music for many years as the manager of the British Music Information Centre, London

Tejasvini (Rosie Bell) worked in Buddhist contexts for twenty years after a career in nursing and having a family.  She joined the Triratna Buddhist Order in 2000 and is active at the Cambridge Buddhist Centre.

Patience Tomlinson has appeared extensively in theatre and radio in the UK. She has worked for the Royal National Theatre and the Young Vic, and was twice a member of the BBC Radio Drama Company. She has made over 1,500 broadcasts, including stories, books and radio plays as well as poetry.

Vessantara was born in London in 1950. Interested in Buddhism since his teens he first had direct contact with Buddhists in 1971. In 1974 he became a member of the Triratna Buddhist Order (formerly the Western Buddhist Order) and was given his Buddhist name which means ‘universe within’. He has a particular interest in Tibetan Buddhism and has had several Tibetan teachers. He holds an MA in English from Cambridge University and a professional social work qualification. He is the author of eight books including The Breath, The Heart, Meeting the Buddhas and Tales of Freedom and has led retreats and workshops in Europe the USA India and Australasia. He is currently based in Cambridge England and divides his time between periods of intensive meditation writing and teaching.

Vishvantara lives in a Buddhist women’s residential community, works as a piano teacher and has called herself a poet since 1993 though she generally writes little and publishes less (through laziness, mostly). A collection of her poems were published in September 2015 by Happenstance. In the noughties she won first prize in the Poetry London competition and has twice been commended in the National.