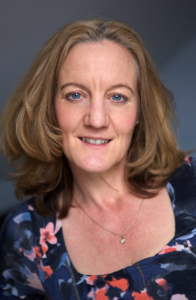 Elizabeth English Dr Elizabeth English was appointed as Cambridge University’s first ever Mindfulness Practitioner. Her courses are the subject of research published in The Lancet showing significant benefit to students. Elizabeth draws on four decades of personal meditation practice and her ordination within a Western Buddhist tradition, as well as her doctoral research at Oxford, […]

PRINCIPAL TEXTS OF THE KHUDDAKA NIKĀYA VOLUME 1 Anonymous / Various Translators Read by Jinānanda, Elizabeth English, Ratnādhya, Taradasa 25 hours 10 minutes     The Khuddaka Nikāya is different in character from the other four Nikāyas of the Sutta Pitaka in the Theravada Pāli Canon in that rather than being a single work it […]

THE NUMBERED DISCOURSES OF THE BUDDHA – A NEW UNABRIDGED RECORDING By Nicolas Soames Taradasa With the first three volumes of the Nikāyas released, it was ordained that Dharma Audiobooks and Taradasa would undertake the fourth – The Numbered Discourses of the Buddha (Aṅguttara Nikāya). And, like The Long Discourses, we have used the contemporary and very accessible translation […]

THE VIMALAKIRTI SUTRA Translated by Burton Watson • Read by Taradasa The Vimalakirti Sutra is one of the most popular of all Mahayana sutras, being especially loved and revered in the Far East. One of the reasons for the Sutra’s popularity is that its principal character, Vimalakirti, is not a Buddha or a Bodhisattva, or […]

THE HUNGARIAN WHO WALKED TO HEAVEN The remarkable story of Csoma de Kőrös By Edward Fox Read by Andrew Cullum 2 hours 21 minutes   This is a delightful short biography of an eccentric Hungarian scholar who became one of the fathers of Western studies of the Tibetan language and culture. Educated at an austere […]

PEAKS AND LAMAS By Marco Pallis Read by Ratnadhya 18 hours 18 minutes     Peaks and Lamas is one of the classic early 20th century accounts of travelling in the Himalayas on the borders of Tibet. It is, in its way, on a par with the more famous Mystery and Imagination in Tibet by […]

THE LONG DISCOURSES OF THE BUDDHA By Dīgha Nikāya Translated by Bhikkhu Sujato Read by Taradasa 24 hours 21 minutes   The Long Discourses of the Buddha (Dīgha Nikāya) is the first of the five Nikāyas (Collections) in the Sutta Pitaka and has its own particular character. Unlike the others, which contain thousands of shorter […]

Sister Vajira and Francis Story Born Hannelore Wolf in 1928 in Germany, she became a Buddhist nun in 1955 in Sri Lanka. Suffering from ill-health, she became a translator of Pali texts. She disrobed in 1962, returned to Germany and died in 1991, aged 63. Francis Story (1910-1972) (Anagarika Sugatananda) was born in England in […]

F. L Woodward Frank Lee Woodward (1871-1952) was an unusual English figure who made a significant contribution to the wider understanding of Buddhism in the West. A classical scholar who became interested in Eastern religions, he learned Pali and after a period as headmaster in the UK, took up a similar post in Galle, Sri […]